Blake wins a JAM at the GRCGLA Specialty 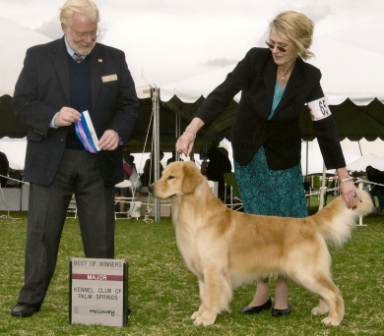 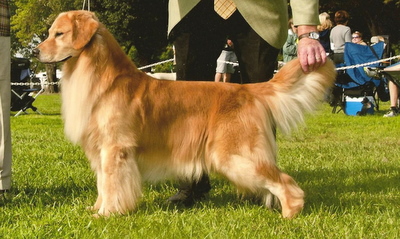 Blake finishes his championship!
Blake began his show career with a BISweeps and WD (major) at his first show….he was 7 mos. old. He went on to win two more BISweeps and RWD from 9-12 puppy class at the San Diego Specialty. He also followed up his JAM by going Breed over 100 Goldens. 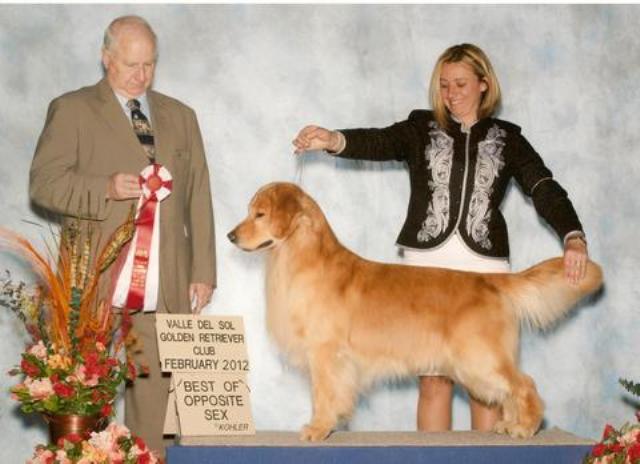 Winning BOS at the Arizona Specialty en route to his Grand Championship, which he acquired in ONE MONTH!!
Blake currently has sired several litters in addition to our Blake/Garnet kids. AND we are very proud to report that 3 Blake daughters took points on the same 4-day circuit!
This is “Boogie”(Blake x Garnet) who won the first day. 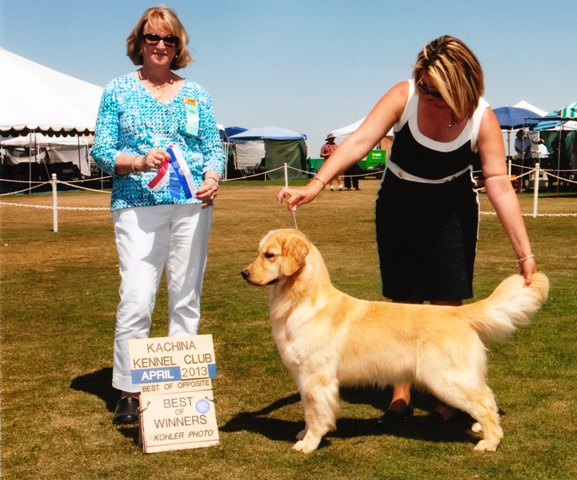 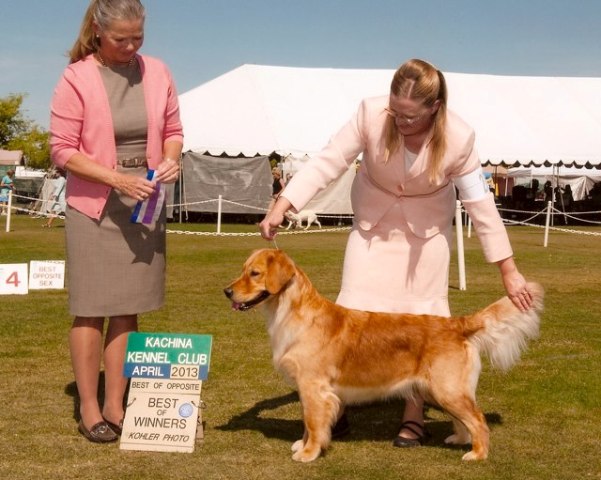 Blake’s 1st Champion!! CH Ridgeview’s First Time For Everything At Rubicon – “Splash” (Blake x Fergie). Waiting for Splash’s photo but she won the third day and then screamed past Boogie and Jinx to finish first! Yay Splash!
↑